There are very few movie soundtracks that are so different, inspiring and outstanding to outlast the popularity of its movie - the soundtracks of Magnolia or American Beauty are two perfect examples for me.
All of a sudden The Secret Life of Walter Mitty OST happened to me. And it stuck since then.

Side A (yes, on vinyl) opens with the epic Step Out by José González to Dirty Praws (Of Monsters And Men) and Stay Alive (José González) - it left me breathless. 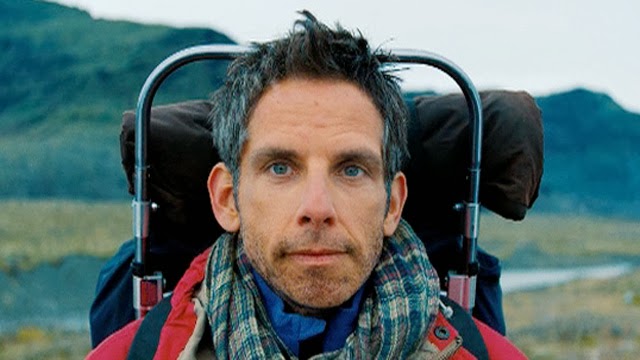 Side B continues without deceleration with two songs from Junip (Far Away and Don't Let It Pass) and the beautiful dreamy Lake Michigan by Rogue Wave.

On Side C and D you'll find the gorgeous Rogue Valley with The Wolves & The Ravens but the second half of the record is dominated by cover versions: Escape (The Pina Colada Song) by Jack Johnson, Don't You Want Me by Bahamas, José González with #9 Dream and Space Oddity (it's the original David Bowie song except the first verse which has Kristen Wiig at vocals). A very different version of Maneater (by Grace Mitchell) closes the record. 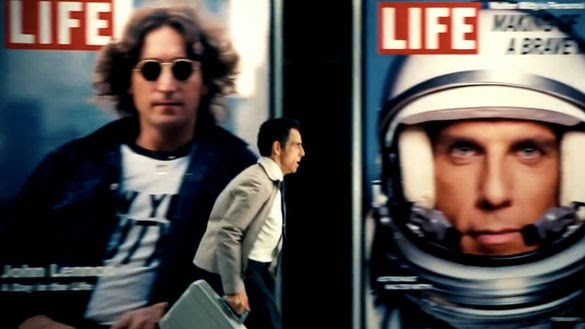 Email ThisBlogThis!Share to TwitterShare to FacebookShare to Pinterest
Labels: The Secret Life of Walter Mitty

Elliott Smith was an American singer-songwriter and musician that created beautiful inward and sad-hearted songs with stunning harmonies. He suffered from depression, alcoholism and drug dependence. His lyrics reflect there topics a lot.

After having remarkable success with his first three records (Roman Candle, Elliott Smith, Either Or), his music for Good Will Hunting became extremely popular, which worsened his mental situation even more.

He stated: "After Either/Or, the Oscar stuff happened and that kind of derailed my train. Although it took a lot for it to fully derail."

In 1998 he was nominated for an Academy Award for Best Original Song.
Smith didn't want to perform at The Oscars but unbelievably he was threatened that Richard Marx would play his tune. So he agreed to perform.

Smith later said: "I walked out and Jack Nicholson was sitting about six feet away, so I avoided that area and I looked up at the balcony in the back and sang the song. It was surreal enough that it didn't seem like it happened to me. Everything was in slow motion, and i didn't feel particularly nervous. I just felt like I was in some odd dream that was probably meant for someone else. Everyone was really nice, but the point of the show is the show. It's certainly not me. The point of it is to have a big parade of celebrities."

Elliott Smith at The Oscars in 1998

After the release of his most successful records (XO and Figure 8) he started to work on his 6th album From a Basement on a Hill with Jon Brion in 2001.
After finishing half of the record Brion and Smith divided when Brion tried to stop Smith's excessive drug usage and Smith's own discussions about his suicide.
In 2003 - at the age of 34 - he died in Los Angeles. The circumstances of his death are still unclear.
From a Basement on the Hill was posthumously completed and released.

On May 19, 2014 Coldplay will be back with their 6th album Ghost Stories.
It's still a bit too early to judge what direction the record will have, but according to the two tracks that are already out (the first single Magic and Midnight) it will be quite different from their last album Mylo Xyloto.
It looks like Coldplay got rid of ballast and their arena rock direction and maybe (hopefully) return to what made them so special in the beginning.

Will Champion responded to the idea of having a more stripped down and acoustic record: "Yeah, that might be nice, actually. There’s only so far you can go without becoming pompous and a bit overblown, so we’ll tread that line very carefully. Reset. Recalibrate." (source)

At Target there will be an exclusive edition with 3 bonus songs.

And here are the official audio streams of the first two songs from Ghost Stories: