Watch out, here they come: The One and Only PPL MVR.

Here are the facts:

There's very little known about them, but one thing is quite clear: they rock!


Buy the EP at iTunes HERE!

I will try to get an interview with them, but it MAY be quite difficult. We'll see!


Nick Piunti - Beyond The Static

This is the fantastic new record from Nick Piunti - out on Bandcamp (digital, CD) HERE. 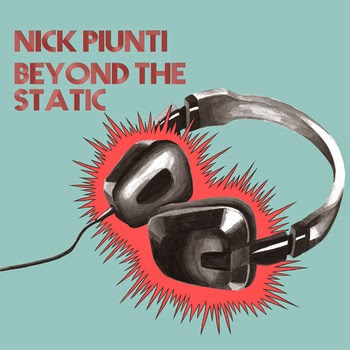 
Air Traffic Controller are back with the new song "People Watching" - the full record is coming soon.

Timmy Sean - Songs of the week


From Timmy Sean: "52 NEW SONGS! Every week in 2015, I will be releasing a previously unheard Timmy Sean track! Expect brand new songs, songs that I've had half finished for years, some covers, some live recordings, and some new versions of old songs that I wrote for LUZER way back in the mid-00's. But they've all never seen the light of day until now."


Judging from what's already out - this is a great project!

10.000 Years is a concept album. And it's one of those rare concept albums you won't just pretend to be impressed by its topic and its statements, listen to it once and put it in your shelf - where it will be covered by dust for years.
No, it's one of these records you will play once, be really impressed - and next you'll recognize you have it in constant rotation and reading the lyrics in the booklet very carefully. 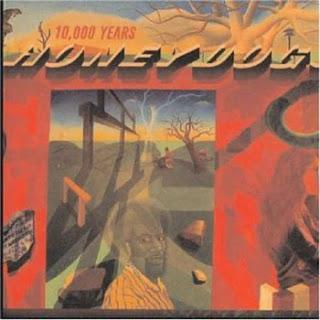 And 10.000 Years is also one of the best records of sophisticated pop music you will ever listen to.
The Honeydogs - which were founded about ten years before as a Country Rock band - convince with a musical width across many musical genres, e.g. Retro-Pop, Samba, Blues-Rock, Folk or Oriental - you have to be careful not to get dizzy.
10.000 Years tells two futuristic stories loosely bound together. Topics go from end time wars, genocide to genetic test-tube modification. The fact that these fictitious stories are not so different from what happened in World War II up to current events and evil in our world makes it so deeply immersive.
Adam Levy (founder, songwriter and vocalist of the band) studied the Holocaust for years, was a cultural anthropology major and also a social worker. His research and experiences result in this record.

The big difference of 10.000 Years to other concept records is that every song stands rightly on its own even without the concept and the lyrics. And that is where you should stop reading and start to listen to the record. Do yourself a favor and take the time to listen to it in its entirety: