There are loads of new record releases either out this month or coming in the next weeks. Let's start with...

25 years after the original release, Queen singer Freddie Mercury’s Barcelona album recorded in collaboration with Spanish operatic soprano Montserrat Caballé, is to have a special re-release.
The record will get a fully orchestrated rework.
It'll be available on CD, CD Special Edition (CD1: A full orchestrated rework of the Barcelona album, CD2: Rarities from the Barcelona sessions, CD3: Barcelona instrumental version and a DVD with videos and interviews) and on vinyl (release: September 3 2012). Listen to the samples here:

Aimee's all new record Charmer is available for preorder (release: September 18, 2012) on CD and Vinyl (you can also get things like a Charmer turntable slip mat and a free art print).
Listen to samples from Charmer here or watch the official video here:

Ben Folds Five - The Sound Of The Life Of The Mind

The Sound Of The Life Of The Mind is out on September 18 2012 on Vinyl & CD. You still can preorder it from Pledgemusic.
It's Ben Folds Five's first record since the 1999 The Unauthorized Biography of Reinhold Messner. 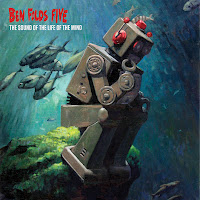 Hot Cakes is out now on Vinyl, CD and Special Edition (including four bonus tracks).


Aerosmith - Music From Another Dimension

The release of Music From Another Dimension is slightly pushed back to November 5 2012. The first single is Legendary Child - and it's an instant Aerosmith classic! 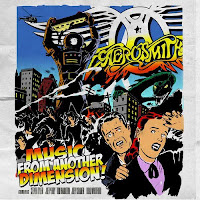 One of the two singer songwriters that were the initial reasons for this blog* - Bleu McAuley - will have a new record out. It is set for February 2013, and the first song from it - It's Not Over ('Til it's Over And Done) - is streaming on soundcloud. It's musically located somewhere between Four and Redhead. The song is more electronic, powerful and gripping. If this is an indication for the direction of the new record, I'm jazzed!
Icing on the cake: It was written by Bleu and David Mead!

On August 15th 2012 there was a Mike Viola web show at stageit.com (Notes from Underground #3). The result of this show was the song Future Horror Hockey Games.

Let's sing about the strange case of Baby Katie Blade
her mother Rose was generous she gave and gave and gave
but Andy and Alex just treated her like dirt
said "go back to your garden before somebody gets hurt"
at August 22, 2012 5 comments:

The Blue Thumb album on vinyl

The long lost Blue Thumb album of The Candy Butchers will be released by Mike Viola this Christmas.

It'll likely include the album on vinyl, a CDR and also bonus tracks. Stay tuned! 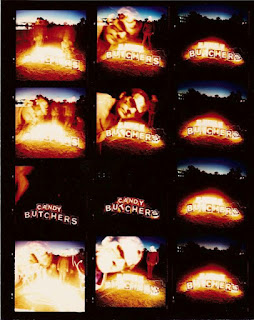 Some words of its development and the sad end of the project:

After the recording was finished the album was mixed and re-mixed several times and a potential single pulled and mixed by Bob Clearmountain. Lots of money was spent. Sadly, Blue Thumb went belly up (“it wasn’t our fault!”) and the Candy Butchers debut album was never released.
Our manager shopped the finished record around but we had amassed such a debt from all the re-mixing (a decision made by the powers that had been) nobody wanted to sign us cause they’d be taking on all this debt. It was crazy. I was sitting on this record that was basically my life’s work up to that point. Knowing in the back of my mind it would never be released.

StageIt shows - Notes from the Underground

If you never had the chance to see Mike Viola live, here's the closest thing to a live gig: StageIt. Five shows ("Notes from the Underground") were scheduled, two of them are already over. You can pay what you can for it. Each of them lasts about 50 minutes. It's worth every penny you can spend!
http://www.stageit.com/mikeviola
at August 09, 2012 No comments: