Pugwash is back with a new record: Silverlake. But this time it is quite different: Thomas Walsh recorded it mainly on its own with producer Jason Falkner (yes, THE Jason Falkner of Jellyfish!). 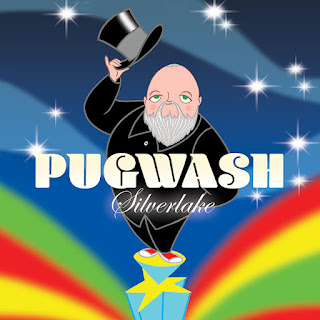 Recorded in Falkner’s LA studio earlier this year, Thomas wrote all the songs, arranged them, and played acoustic guitar. Jason played everything else (except the strings), sang backing vocals and recorded/produced.
Thomas says: "I’ve known Jason for twenty years, so I rang him last Christmas and asked him what his next year was looking like. He said, ‘It’s fuckin’ full up, but if you’re saying to me we can make a record, I’ll make time'. That was an amazing thing to hear. The minute I heard that I was hooked. I got excited again. Within a week I’d written all the songs.”

The opener and lead single (The Perfect Summer) is nothing less than perfect pop music.
I admire Sunshine True, Everyone Knows That You're Mine and Such a Shame for their tremendous melodies and lyrics. All of the twelve songs are growing the more often you listen to them. And that's what you should do right now!

Silverlake is out now! You can get the download, CD, LP, a limited 7" single and a T-shirt (bundles available) directly from Lojinx.