David Myhr, the Stockholm-based former member of The Merrymakers released his first solo record in 2012. And it has become a PowerPop gem from start to finish. 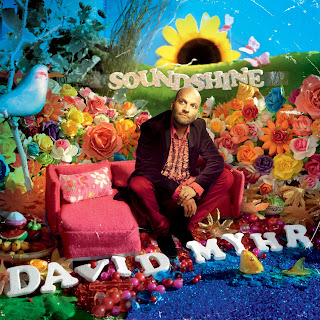 David says:”I love that tingling down the spine when I hear a great song – when superior craftsmanship meets the magic. I constantly strive for that that with my own songs”.

Maybe that passion for great music reflects also in the title of the record - Soundshine. One of the best record titles for a long time! The songs are somewhere between Jellyfish, The Beatles, Mike Viola and The Feeling.


Never Mine is a strong opener, leading to the catchy Looking For A Life and Got You Where He Wanted. I Love The Feeling has such a summer feeling, you have to play this in a convertible. Get it Right starts slowly and builds up to one of the best songs of the record (what a chorus!). Cut To The Case is a dangerous earworm. With Don't Say No and Loveblind follow two more upbeat songs. The One is a beautiful ballad (there are some parts that remind a lot of Billy Joel and Queen). Wanderlust and Icy Tracks are pure PowerPop. Ride Along has some Beatlesque parts. Finally there are two tracks are Japan exclusive (Boom Boom Beat and Record Collection)

Soundshine has not a single filler - and a lot of memorable songs.

So Mr. Myhr - how about Germany?