Modern Love is the seventh record of Matt Nathanson, an American singer-songwriter. I just discovered his music some days ago (thanks @ Denise). It's so surprisingly good that I don't want to wait and just present the music to you:
Highlights: Run, Modern Love, Faster

The Cry - The Cry

I can't even nearly say how often The Cry was recommended to me from different sources. And they were right.
The Cry are somewhere between The Beach Boys, Jet, The Ramones and The Beatles, which means there's a highly enjoyable mix of 60s sound, punk and pop harmonies packed in 2 minute songs. 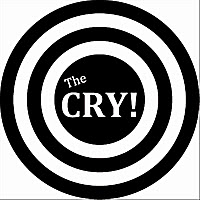 It's available digitally at CDBaby and even on CD (only at No Idea Records - from Japan).

Email ThisBlogThis!Share to TwitterShare to FacebookShare to Pinterest
Labels: The Cry

Farrah, David Myhr (Ex - The Merrymakers) and Pugwash will perform at The Borderline in London (7:00 PM). 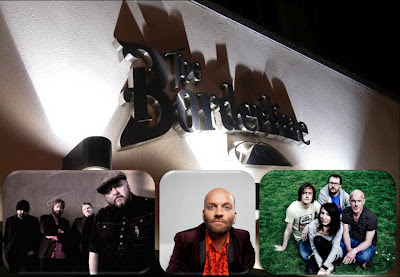 You can buy tickets here or here. Find more information at Lojinx.com or at the facebook event page.

For those who can be there: I'm already insanely jealous.

Pugwash is a band I stumbled upon again and again in the last years. Haper from Popfair posted several times about them. I don't know why, but I ignored them for a long time. With their last record The Olympus Sound I had finally a listen. 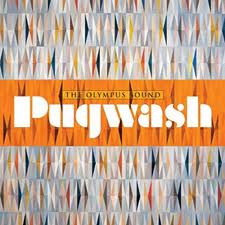 The Olympus Sound is their fifth full album. It was recorded at Abbey Road studios in London with guests like Ben Folds, Andy Partridge and David Gregory (from XTC).

If you like ELO (Answers On A Postcard, Here We Go Round Again), The Beatles (To The Warmth Of You), wall of sound (There You Are), powerpop (Fall Down), The Beach Boys (Be My Friend Awhile), Ben Folds on piano (Dear Belinda) - and beautiful harmonies than you really should list to The Olympus Sound.

One more thing: The track list is somewhat ... difficult:

With the single Answers on a Postcard you get the B-Side Heal Me.
iTunes has also two exclusive bonus songs called You Can Build A House On Love and August Born.
Lojinx releases the record in Europe on April 2 2012 along with Heal Me ... and two completely new songs which gives you the following additional track list:

I recommend buying the Lojinx CD version and if necessary the iTunes version, too (you can't buy the two exclusive iTunes tracks separately - thank you Apple ...).
at March 18, 2012 No comments:

The Shins - Port Of Morrow

Five long years after the last record of The Shins (2007: Wincing The Night Away) the new album is finally out. It's called Port Of Morrow.
James Mercer has the big problem of fighting against high expectations. I believed he can only lose, but he didn't: 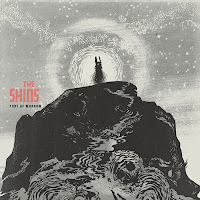 The opener The Rifle's Spiral is a classic Shins song and it's some kind of Intro to Simple Song, which is also the first single. Simple Song is a huge grower of a song. At first listen I thought "It's okay, not bad". Now, some weeks later I can't stop listening. Stuck-in-my-head.
It's Only Life is pure ear candy. September is a lovely instant classic. No Way Down is some kind of new sound, something I really didn't expect from this record. I instantly liked this a lot.
For A Fool is the kind of song you think you know it already form somewhere at first listen.
40 Mark Strasse has a BEAUTIFUL chorus.
The last song and also the title track - Port Of Morrow - is a return to old Shins sounds. It's not as memorable as most of the other songs of the album, but it has an unique sound.

Highlights: Simple Song, 40 Mark Strasse, It's Only Life, No Way Down

Here's the official video for Simple Song (like it a lot):