Teddy Thompson & Kelly Jones – Never Knew You Loved Me Too

"Warm" is the debut album from former Dreaming in Stereo front-man Fernando Perdomo, released in 2014.
Perdomo, an American singer-songwriter, musician, multi-instrumentalist and record producer delivered nothing less than an excellent debut from start to finish.
Just listen to "Home Is Where You Are", "Photographers In Love", "Girl With A Record Collection", "We Fight" and "On Sunday Morning". Instant love! 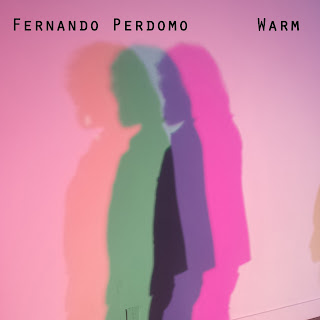 The PledgeMusic campaign for April & II is going on. Beware! Listen to the first song and you will have to pledge. It's stunning.

Fuzzy Vox' new album "NO LANDING PLAN" (which will be out on February 26) has been recorded in Los Angeles last summer by Andy Brohard & Ryan Castle (Wolfmother, Primal Scream, Black Angels).
Here's the first single and video for "DISTRACTED" :

The long awaited (I can't think out any record where this phrase fits more than here. In the worst case you waited 43 years...) new record of Emitt Rhodes will be out February 26, 2016. Here is "Isn't It So" from "Rainbow Ends":

"Little Windows" is a duet record by Teddy Thompson & Kelly Jones (out April 1, 2016) looks like a promising project.

Remember King Charles? His debut was a big surprise for me. Now he is back with the difficult number two. "Gamble For A Rose" is definitely more accessible at first listen.

A half-dozen of demos from the second album of The Sonic Executive Sessions was out on Soundcloud for a short time. My favourite was "Welcome to the Circus". PowerPop at its best (and a lot of Jellyfish too).