Seventeen years ago many things were different. It was a time when MTV still played music videos, record companies had no problems with this internet thing, Chris Martin wasn't married with Gwyneth Paltrow yet - and Coldplay were not one of the most successful bands on earth. 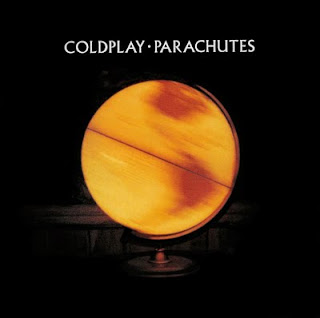 The first thing I recall of Coldplay is seeing the video for "Yellow". Chris Martin is walking on a beach at night. At first I thought: good song, but a bit boring video. Until I recognized that this walk is from the middle of the night to the middle of the next day - in 4:29 min.

I bought Parachutes and listened to the first song - what a blast! Today "Don't Panic" is still one of my top songs of all time.

I don't think it's necessary to do a full review here. Most of the songs are very well known. Astonishingly I still like to listen to the record as a whole despite the constant radio airplay of them. And in my opinion it has one of the best cover arts of a records I own (especially on vinyl!).


Coldplay was a great new band. And I loved them. Sadly they could never reach the climax of their first album again. Don't get me wrong, all of their following records have great songs and I like all of them very much. It's not their fault.

If you are the one person who has never heard of Coldplay before - listen to the album here:

The video for Don't Panic:

Email ThisBlogThis!Share to TwitterShare to FacebookShare to Pinterest
Labels: Coldplay