The new record of Chris Price is out now! After his critically acclaimed second record Stop Talking nearly 50 songs were left off from the record because they simply didn't fit in its concept.
With the arrival of Dalmatian, Price’s brand new third album and second release in only 10 months, that music finds new life.
The 13 tracks found on Dalmatian are all written, produced, engineered, arranged and mixed by Price himself (with occasional help from co-writers Taylor Locke, Fernando Perdomo, and Alex Jules). 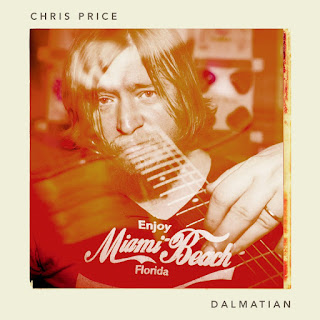 Track List:
So, according to his last record (Stop Talking) which was stellar, you MIGHT have a look at this release! Order the record (CD and digital) at Omnivore and Bandcamp!