A Watched Pot - the third record of Bleu - supposed to follow Redhead but got into a lot of trouble.

A Watched Pot was recorded with John Fields in 2005 for Aware/Columbia Records.
A few weeks after finishing the record Bleu was dropped from the label (as well as many other artists) because of downsizing of Sony.
This did not stop him to play his songs and stream them and new ones at Myspace (Does anyone remember Myspace? It is so long ago!). The record was never released on CD or digital ... until 2009! 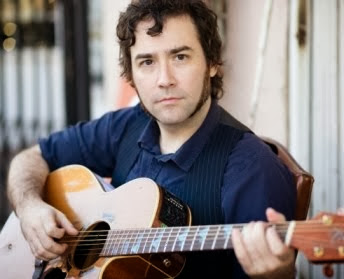 These four years were full of creative work: Bleu moved from Boston to L.A., put out L.E.O.  - Alpacas Orgling (a project with Mike Viola, Andy Sturmer of Jellyfish and Jason Scheff of Chicago), created The Major Labels (a power-pop project with Mike Viola and Ducky Carlisle) and released Aquavia (the first and maybe last record of The Major Labels), and worked as a producer.

The A Watched Pot sessions resulted in these songs (I'm not sure if this list is complete):

The retail version was finally released on July 14, 2009 with the following track list:

I'm In Love With My Lover and Singin In Tongues were used for FOUR (the follow-up of A Watched Pot in 2010) while The Blame Game, It Can't Be Bad, Take Cover and A Watched Pot were released with Besides, a compilation of B-Sides and previously unreleased material in 2011.

Bleu said:”It truly means the world to me to finally get this record released. It always feels good to put your art out in to the world, but after all I've gone through for this material to see the light of day, the reward is particularly sweet.”

I am so glad Bleu was finally able to release this album.
A Watched Pot may not be as upbeat as Redhead was, but these songs are so strong - it would have been a shame not to have it out in the world.
It's a perfect record, in terms of production, clever lyrics and wonderful harmonies - all is carried by the wide ranged strong voice of Bleu. 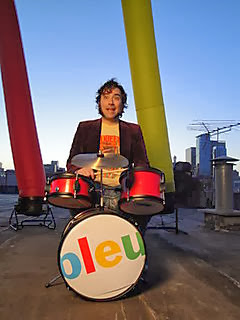 I won't go into detail about the songs, just listen to them!
Only one thing: Every single song on this record is addictive, catchy and marvelous.

Here are the official videos for No Such Thing As Love And Come'n'Go: