Here's a short track-by-track review of the new album of Bleu, called FOUR: 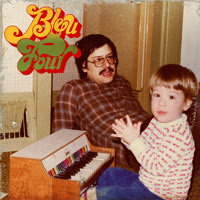 1. Singin' In Tongues
An infectious opener - it shows what to expect from the album.

3. How Blue
One of the most beautiful songs Bleu ever wrote. It's a grower. After the first listen I wasn't sure about it, now it's my favorite along with... (see song no. 9).

4. Dead in the Morning
After reading the song title - would you expect an upbeat, catchy song like this?

5. In Love With My Lover
Slow, intense, like it! It's probably the oldest song from the album - it was up on Myspace (I think) since the release of "A Watched Pot".

6. When The Shit Hits The Fan
It immediately gets stuck in your head.

7. I'll Know It When I See It
Another grower. To be honest I wasn't very impressed by the demo, but the final song is simply astonishing!

8. Evil Twin
Not my favorite one, but I enjoy it.

9. Ya Catch More Flies With Honey Than With Vinegar
.... this one. To make it clear: it's my absolute favorite song from the album. It's kind of epic. I can't exactly say why, but it reminds me A LOT of Queen (in their best years).

10. Everything Is Fine
It's a collaboration with Roger Joseph Manning Jr. (from Jellyfish). A good song to close a strong album that has not a single filler song.