Ransom & The Subset - No Time to Lose

Ransom and the Subset is an American alternative rock band based in Seattle, Washington.
With a refreshing pop-rock sound, their music is clearly driven by strong melodies and well-crafted arrangements. Along with infectious hooks and witty, insightful lyricism, Ransom and the Subset delivers a dynamic blend of power pop from decades past along with a strong element of modern rock.

Ransom and the Subset is the brainchild of singer/songwriter/guitarist RanDair Porter. Heavily stocked with self-made demos, Porter sought out and engaged with the talent of producer/multi-instrumentalist Brian E. King (OranJuly and Parks) and Grammy-winning engineer/mixer Ducky Carlisle (Mike Viola, Bleu, Major Labels, Taylor Locke and the Roughs). The team of three collaborated to create Ransom and the Subset’s debut album No Time to Lose. 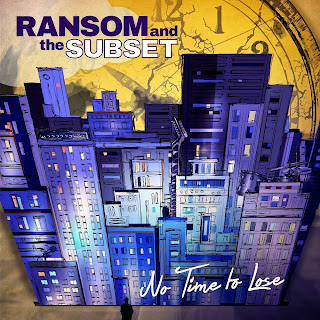 Over the course of a year, Porter flew to Boston to work with King and Carlisle on the album, making a stop in NYC where he worked with Jody Porter (Fountains of Wayne) as well. The famed artist contributed both guitar and bass guitar to the track “Sticking Onto You".

Start with: Anna, Million Out Of Me