Seven years ago, strolling through Vienna on a hot summer day we decided to recover and cool down in a small repertory cinema. There was this movie I heard of before: Once.
All I knew was it would be about music. So we watched it without big expectations. Well, we couldn't have been more wrong. 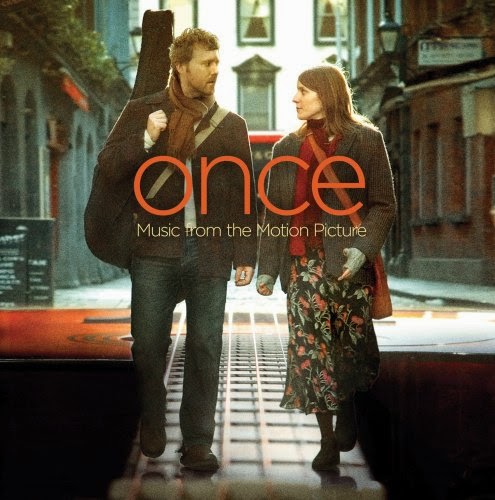 Once is a 2006 Irish musical film - and it's all about passion for music.
Set in Dublin, Once stars Glen Hansard (singer of The Frames) and Markéta Irglová as struggling musicians during an eventful week as they write, rehearse and record songs that reveal their unique love story:
It's a story in a pseudo-documentary style of two people which fell in love with music and each other.

After filming "Falling Slowly", Glen Hansard jokingly said "and the Oscar for Best Song goes to..." He proved to be highly prophetic: Hansard and Irglová's song received a 2008 Academy Award for Best Original Song and the soundtrack as a whole also received a Grammy nomination.

Steven Spielberg was quoted as saying 'A little movie called Once gave me enough inspiration to last the rest of the year'. When informed of Spielberg's comments, director John Carney told Sky News: 'In the end of the day, he's just a guy with a beard.'

Listen to:  Falling Slowly, When Your Mind's Made Up, Lies