Yesterday Lojinx, an independent record company based in the UK (love them for bringing artists like Bleu and Fountains Of Wayne to Europe) posted a review of the new Ben Lee record Deeper Into Dream. It's in German, so I did a little translation: 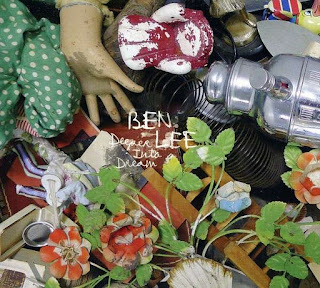 A record about dreams is what Ben Lee wanted to do. It became an unusual mixture of a folk record, guitar pop a mini audiobook.

At certain points of the record songs are fractured by small stories or dialogues from friends of some experiences – in dreams or reality. They keep a record thematically together which offers a broad range for a singer songwriter album. Other than on some of his so far eight other records, the Australian works with a complete band. He develops songs than remind more of Death Cab For Cutie or Ryan Adams than a dreamy singer, which tilt into too much sweetness - whenever he tempts to do a song for format radio. He’s entitled to make money with his music, but these straightness offensives irritate because they form a direct contrast to his little, sometimes spaced-out meandering odes for which one holds him in high regard. Paired with his crystal clear voice he forms so many moments of high intimacy. And it was a clever move to break up these stylistic contrasts with dialogues. So you could blame Lee for undecidedness – or you adjudge that he shows the illimitability of our dreams with the greatest possible musical range. What counts in the end are the songs, and they fit. There’s not one that is needless or ordinary, because he is a genuine master in writing songs.