So here it is: the new record of Coldplay - Mylo Xyloto.
The more successful they got, the more skeptic I was regarding their new records. Viva La Vida was a little highlight after X & Y, which I never liked very much, while Parachutes is still one of my top five records.
When the Every Teardrop Is A Waterfall EP came out, I was disappointed. It was like they became the new U2. So when the full record came out yesterday I listened to it immediately. 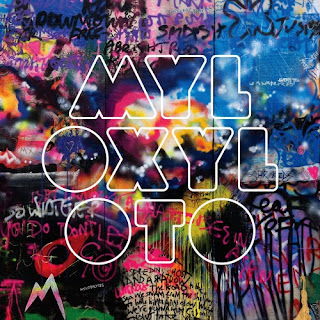 Closing comments:
For me Mylo Xyloto has some good songs, but sadly the "not so good" songs are on the majority. I asked myself if I'm too harsh with the band, so I played Don't Panic, Yellow, A Warning Sign and Amsterdam right after finishing Mylo Xyloto:
Altogether the reocrd has not the quality of the old songs (after the second or third listen).