Ben Folds - The Best Imitation Of Myself
Ben Folds brings you his three disc best of compilation (CD1 is the Best Of, CD2 is a live compilation and CD3 is rare stuff as well as new songs by Ben Folds Five!) - it's out October 11. 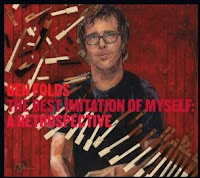 There is also his Fifty-Five-Vault - a selection of 56 (yes, fifty six ;-) rare songs from the early Ben Folds Five era until today. It's already available here. It's mainly demos, live and unreleased stuff.

Bleu - Besides
In November Bleu will release his B-side compilation Besides. It's only available on vinyl and digital download, and only on his website. 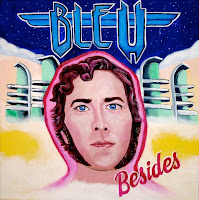 Ben Lee
The new album of Ben Lee is out October 11, it's called Deeper Into Dream. 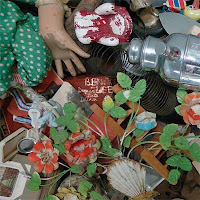 Jellyfish
The two Jellyfish re-releases of Spilt Milk and Bellybutton only on vinyl are sadly delayed until January 12 2012.

Mike Viola
Electro de Perfecto - the new record of Mike Viola - is out on CD and digital download, the vinyl will be out November 8. 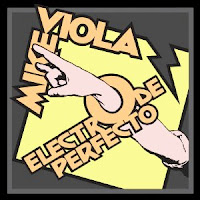 Mike put out a lot of songs on social network (facebook, tumblr, soundcloud etc.) in the last months, which you won't find on the new record.
Pop Fair created a wonderful collection of these songs called Chemical Night here.

With the other tracks that surfaced in this time, I created a second collection:

Start Of Something
01 Start Of Something (from Soundcloud)
02 Loving You Baby (with Kelly Jones) (from Soundcloud)
03 Be My Baby (from Soundcloud)
04 Burn at Both Ends ('Radio' Edit)
05 So Much Better (Demo)
06 Chemical Night (2nd version)
07 Virginia (The Nines cover) (from Youtube - sadly there is no better quality version, it's a great cover)
08 No Surprises (Live)
09 Soundtrack Of My Summer (Live)
10 That Thing You Do! (demo)
11 Let's Have a Baby (demo - writing in progress #1) (from the "Hang On Mike" re-release on vinyl)
12 Dollie and Jane (live) (from Youtube - a proper studio recording would be great)
13 Little One (a beautiful lullaby from Soundcloud, worked on my daughter very well)

Finally, the new website of Bruce Brodeen (Not Lame Recordings) is online, it's Pop Geek Heaven.