Goldfrapp were famous for their disco sound, in 2008 this changed rapidly: With the record "Seventh Tree" they released an LP they described as a "sensual counterpoint to the glitterball glamour of Supernature", their last studio album from 2005. 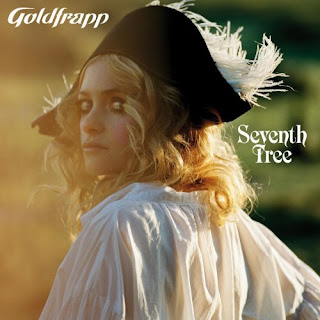 The opener "Clowns" creates instantly goose bumps and is one of the highlights along with "A&E". Only two of the songs are kind of up-tempo("Happiness" and "Caravan Girl"), the other ones are laid-back.
The whole record is very homogenously, embedded with strings, bird's twitter and wonderful harmonies.

Also the video of A&E is a little masterpiece:

Songs for a lonely island: ALL of the ten songs, with no exception!

Email ThisBlogThis!Share to TwitterShare to FacebookShare to Pinterest
Labels: Goldfrapp