Ben Folds Five (1994 – 2000) was one of the first bands I discovered solely by the world wide web. Without it I would have missed a big impact in my musical taste. 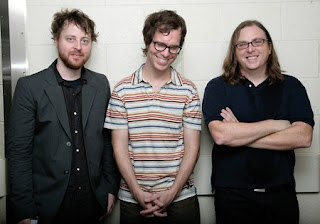 Discography:
After the split Ben Folds started his successful solo career, so did Darren Jessee with Hotel Lights (commercially not as successful as Folds, but musically very nice!).

In 2008 Ben Folds Five made a one-off live show at the UNC Memorial Hall in Chapel Hill. The band played its final album, The Unauthorized Biography of Reinhold Messner, in its entirety.
Funny thing: When the Messner album was released, the band members had no idea who Reinhold Messner is, they just thought his name would sound nice for the album title.