Astral Drive, the debut record of Phil Thornalley is an unbeknown classic. The style of the 1970 is written all over it. 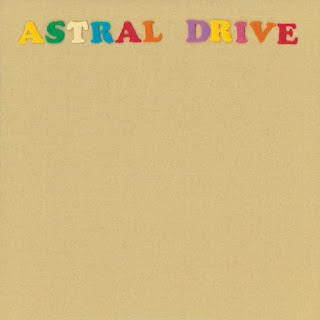 You haven't heard about this classic record yet? That's probably because it's from 2018!

Thornalley's vision of a long lost album from the 1970s that only existed in his own mind, this labour of love is very much the statement of a lifelong music fan living in the modern world.

The result is a homogenous, in a positive way old-fashioned and warm record. Fortunately there is also a dash of The New Radicals / Gregg Alexander in some of the songs. Just listen to the first single - Summer of '76!

Phil Thornalley  may not be a household name but many of the records he’s made with artists as diverse as The Cure, Psychedelic Furs, The Jam, Duran Duran, Paul McCartney, and Natalie Imbruglia (he produced and co-wrote her worldwide smash "Torn") certainly hold a special place in the hearts and ears of millions.

While just home after nearly two years touring the world as Bryan Adams’ bass player, Phil’s musical journey truly began before he had even reached his sixth birthday, when his cool Aunt Judi had introduced him to The Beatles’ Twist And Shout EP.

"Life seemed suddenly very colourful with the elixir of their positive energetic free spirit released into my blood as I listened to 'Twist And Shout' and 'Do You Want To Know A Secret,' and after we saw Help! at the cinema, my brother and I play-acted that we were John and Paul or George, but never Ringo for some reason!" 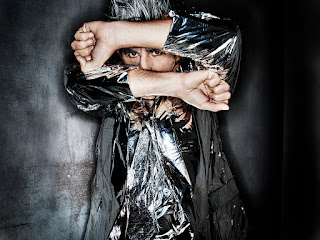 After teaching himself to play the guitar and finding his way on the family piano, he was off and running. His fascination with the studio continued apace and in 1978 he landed a dream job at RAK studios in London, working as a recording engineer under the tutelage of legendary producer Mickie Most, and working sessions for Hot Chocolate, Racey and Kim Wilde. He assisted on The Jam’s All Mod Cons, and engineered for Paul McCartney and Wings, and learned to be a producer while engineering demos for various songwriters of the day. He also assisted another celebrated producer, Steve Lillywhite, who became (along with Most and producer Alex Sadkin) one of his three biggest production mentors, hooking him up with The Cure, for whom he co-produced the seminal 1982 album Pornography, hit single 'The Love Cats', and toured with for 18 months as bassist. In his spare time at RAK, he would fiddle about with the gear, trying to find the magical sounds he had loved since that summer of ’76. 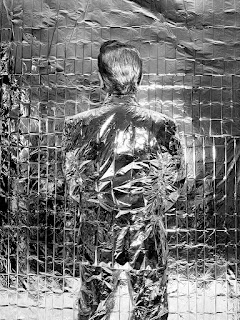 However, Astral Drive is more than just a trip down memory lane, and Phil’s lyrics express many of the hard won truths acquired during his decades inside (and outside) the studio, to form an honest statement of where he’s at today. Five years ago Thornalley had health crisis and the episode became a wake up call from his inner child, reminding him to get back to creating the sounds of his dreams.

"The basic message of this whole album could be ‘don’t let your dreams go, no matter how ridiculous they seem," says Thornalley. "My depression forced me to see a way back to the art I wanted to make."

The eleven tracks on Astral Drive were lovingly crafted by Thornalley himself, aiming for almighty feel over technical accuracy, and using mostly second or third takes, with occasional augmentations by his Bryan Adams band mates, drummer Mickey Curry, keyboardist Gary Breit, and guitarist Keith Scott. He even found a way to include some key backing vocals from Utopia’s Kasim Sulton, with whom he has frequently written in the past.

"My goal was to emulate that musical élan that I’d experienced listening to that old analog sound from those old Beatles and Todd records I’d enjoyed as a teenager.
That shot of Todd, messiah-like, in the mess of this home studio, was all so fascinating and inspiring, so I took the Astral Drive idea as a tongue in cheek title for this project. The drive to the stars! I wanted to tap back into that inspiration that made me dream of pop music as a kid; the star gazing, naive optimism." As Thornalley sings in the album’s title song, "It’s been a long, long way, on a cold dark road, long dark night, long dark night, of the soul," but now that Astral Drive is done, the reaction has been amazing, especially from his friend, Bryan. "I played the rough mixes for a few friends like Bryan Adams and he loved the music from the start," says Thornalley, beaming with pride. "He even offered to do all the photography, which is incredible, when you think he could be shooting high fashion photographs for the likes of Vogue magazine instead."