Calling the World is the second studio album by Rooney. With three years of recording, about 50 songs in total and John Fields producing (!), the album was finally released in 2007. 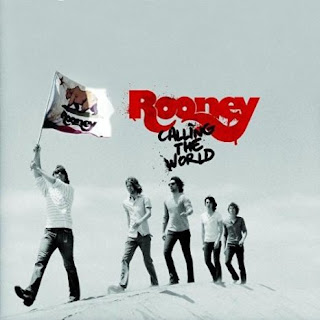 You can easily discover many influences, like Queen or E.L.O. - and Powerpop all over the record.

To sum it up: It's so good, it's in heavy rotation since weeks at my turntable. You might experience the same...

P.S.: Though there was a new Rooney record out in 2016 ("Washed Away"), it's sadly not the same level as "Calling The World". With "Washed Away" the only remaining member of the band is Robert Schwartzman.
at September 09, 2016

Email ThisBlogThis!Share to TwitterShare to FacebookShare to Pinterest
Labels: Rooney