Jon Brion released his first - and last - solo album "Meaningless" in 2001. Initially to be released on Lava Records, the album was finally sold independently by Brion on his own "Straight to Cut-Out" label through his website & CD Baby. 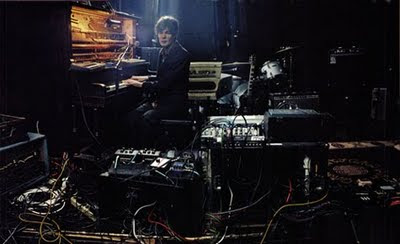 The lyrics (e.g. "Ruin My Day" and "I Believe She's Lying") and the brilliance of the songs themselves are stunning. "Trouble" and "Walking Through Walls" are pop music at its best. This is a joy to listen to and I highly recommend it.

Because this album was ridiculously overlooked, there is no preview on amazon as usual, but just listen (and as I suggest buy!) it on amazon.com.
at September 09, 2016