It's mid-december, the nights are getting longer, days shorter - so it's time to finish the year 2015 (musically). Again it was an incredible year with stunning new music! Here they are - my Top 10 Records of 2015:

A really good record can be found almost every month. But then there are unique records. Special albums that stay in your mind - and on your turntable/CD-player/smartphone - for a long time. They are really seldom (for me it's about one or two in a decade).

Naubinway - the first solo record of Minneapolis music legend Adam Levy (best known from The Honeydogs) - is out now! And for me it IS one of these unique recordings. 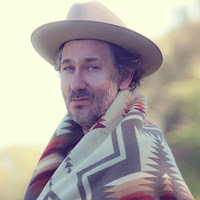 Adam Levy's son Daniel committed suicide in 2012. Adam stopped his musical work and spent much of the next three years grieving and sharing his story in public forums. In 2014 Adam started to work on the new record. The songs are very introspective and refer to the time around this tragic event. Naubinway has become an album of exquisite songcraft that focuses on the themes of love, loss, grieve and grace.
Daniel s stunning artwork is featured on the cover and in a 32-page booklet. 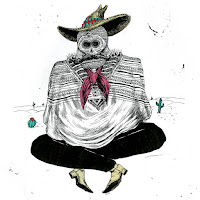 Every single one of the 13 tracks is self-contained and quite different from each other which makes it very hard to recommend single songs to get a taste of the album. I simply recommend to listen to the LP from start to finish.

If you just want 3-4 songs at first listen to "Take It As It Comes" (it's simply beautiful), "Atoms Never Die" (it's haunting; one of the very few songs I know that I tend to repeat just after the first run), "Naubinway" (it's overwhelming and heartbreaking) and "When Your Well Runs Dry" (I'm sure Lennon would have been jealous because he didn't write it himself).

Buy Naubinway at Bandcamp (or listen to it entirely) or Amazon.com (CD, Vinyl, digital)

2. Pugwash - Play This Intimately (As If Among Friends)

I'm sure no artist likes to be compared with other ones ... except its idols.
So it's no shame to state that Pugwash is best located somewhere very near to The Beatles and E.L.O. It's already four years since the impressive forerunner Olympus Sound. Now Pugwash are back with their new record Play This Intimately (As If Among Friends). And it's huge! 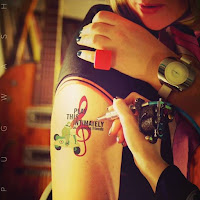 Three years ago Marc Martel posted a video of a Queen cover on YouTube. I'm very sure he didn't expect at all what would happen after that: 10 million people watched the video.
He became the frontman at the official Queen Tribute Band (Queen Extravaganza) - chosen by Queen drummer Roger Taylor - and toured the world. In 2013 he released his debut EP (Prelude EP), which was co-produced by Bleu and produced by John Fields.

Earlier in 2015 the full debut record was out (also produced by Fields): Impersonator has become my personal best debut record in at least the last 5 years. The record is filled with 12 songs and 47 minutes of pure intensity and passion for good music. 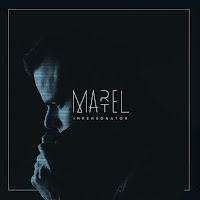 Yes, Freddie Mercury comparisons can't be denied. Listen to "Stalemate" or "Our Best" and get a picture of it. But please also listen to "Paradise" or "Say The Word". He is much more than a voice double. He is one of the most talented new artists out there.

10 Futures is the latest album by Matt Hales - also known as Aqualung. 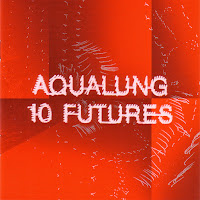 I was very sceptic about this record. About half of the songs are performed by guest vocalists, which is quite new to Aqualung. And the first single Tape 2 Tape shocked me the first time I listen to it quite a bit.
The thing is: this record is a grower. A huge grower. The 10 songs combine a wide range of genres into a surprisingly homogeneous result.
Stand-out tracks are hard to name. I recommend to start with: Tape 2 Tape, Eggshells, Be Beautiful, New Low, Hearts, To The Wonder (every single one of these songs would be worth it alone to buy the album).

Taylor Locke co-founded the L.A. based band Rooney in 1999 and was signed to Geffen Records at the age of 18. After 3 albums and a number one single in Germany he was ready now for a solo career with his debut solo album "Time Stands Still". 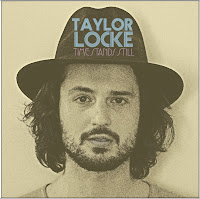 The record has 10 songs and not a single filler - Time Stands Still is full of highlights:
There are songs of pure beauty - like the opener Burbank Woman, the title track Time Stands Still or The Art Of Moving On.
Running Away From Love travels back to the 70s, So Long is the perfect track for radio airplay and the heavy Call Me Kuchu occupies the middle of the LP.
There are lyrics from the late Kim Fowley, as well as co-writing with singer-songwriter Kelly Jones and Chris Price (who is also a member of Taylor Locke & The Roughs).

Time Stands Still has its band parts, but there are also intimate acoustic parts where the band steps aside. And it's exactly these parts, which makes this album so special to me.

There's not much to say to the new Ron Sexsmith record (in the best way you can imagine) except it's high quality music as always.

Jim started a Patreon campaign more than a year ago (more information HERE). It's all about music and ukulele. It works like this: You follow the artist. Every time he releases a new video or song, you pay for it automatically. You can pay different subscription levels - and get different rewards.

On November 2, 2015 he offered a CD called UKEPOP filled with his ukulele songs. It's exclusive for patreons and was available until November 15, 2015.
It's really sad that this isn't purchasable anymore (maybe it will be again in the future, you never know). 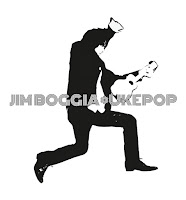 Brandon Schott is not just a very fine musician, he's also a great human being! His new record Crayons & Angels was out in 2015 on Curry Cuts. 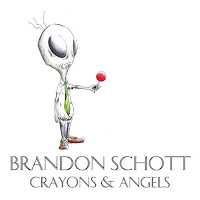 "It was in a small two bedroom condo on Louise Street in Glendale, California that the story of Crayons & Angels began. In the healing shadow of a life changing illness I started writing and recording an album called Dandelion. That album featured music that ended up being little meditations, reflecting back on the immediate past of those years. But there were other songs that started to emerge at the same time. Songs that felt very different, that played through the darkness more like a celebration of spirit. They've been kicking around ever since, waiting for the right record to shine. These are the songs that inform the heart of Crayons & Angels."
Brandon Schott, Summer 2015

9. The Candle Thieves - Chemicals Of The Imagination

I'm a fan of The Candle Thieves for some years now. Their latest record Chemicals Of The Imagination was available for pre-order for a short time at their Official Website a few weeks ago. Now it's not anymore - the official release will be sometime in 2016. I hope so! 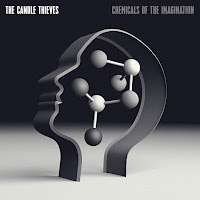 Mike Viola is playing guitar in Ryan Adams’ band the Shining for almost a year now.
In return the "Stairway To Paradise" 7″ (available on vinyl and digital) was produced and recorded by Adams.

The title track is slightly different from what Mike has done before. It's darker, quite mysterious - but still with his well known ability for harmonies. "Roxxy Girl" and "Clink Glasses, Salud" prove he's again on top of his game.

Side note: If you look at the song length you'll recognize that three of the four songs are just 60 to 100 seconds long. That's really short for a song, but regarding to Mikes' discography it's exactly the length of the best songs he's ever written. 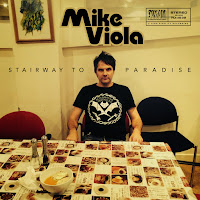 Ryan Adams talks about Mike Viola at Pax-AM: "Mike is a genius. His songs are pure genius. He records himself though sometimes and he ruins everything. So I made him come to my studio and just him and me made music under the name Defcon 4 ( which is a really funny story where I tried to be friends with him for 4 FUCKING YEARS and he never really wrote back so I wrote him a mean email and he asked if we could please bring it down to Defcon 4 please… now we are true bros )…. Anyway he is a genius and I basically make him make stuff really quickly and not think about it.
When you do that to him he breaks your heart. Fuck you, Mike. You’re so smart you asshole. I love you.
These tracks are assorted, a few from the first session we ever did together and a few from the concept record “I’m Going To Kill You” that Mike is making about going back in time and hunting his own self."

Buy it at Pax-AM or mikeviola.com

Following the Pledge Music campaign of Emitt Rhodes (HERE) I researched and found a Record Store Day exclusive record of him from 2015. 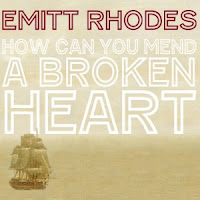 Limited to 1000 copies. Neither available digital nor on CD. And to make it short: it's a gem.