Three years ago Marc Martel posted a video of a Queen cover on YouTube. I'm very sure he didn't expect at all what would happen after that:

He became the frontman at the official Queen Tribute Band (Queen Extravaganza) - chosen by Queen drummer Roger Taylor - and toured the world.

In 2013 he released his debut EP (Prelude EP), which was co-produced by Bleu and produced by John Fields.

Earlier in 2015 the full debut record was out (also produced by Fields):
Impersonator has become my personal best debut record in at least the last 5 years.
The record is filled with 12 songs and 47 minutes of pure intensity and passion for good music. 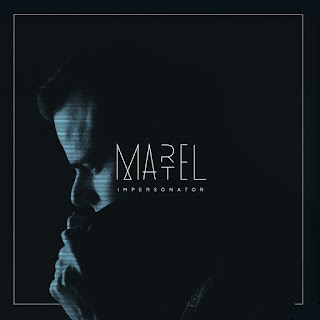 Yes, Freddie Mercury comparisons can't be denied. Listen to "Stalemate" or "Our Best" and get a picture of it.
But please also listen to "Paradise" or "Say The Word". He is much more than a voice double. He is one of the most talented new artists out there.

Listen to the songs:

And yes - he does sound a whole lot like Freddie Mercury. But that's not bad at all!