Our German radio stations have recently a strange behavior. They play surprisingly good music. Besides Lana Del Rey (an unsusal and beautiful song for mainstream radio airplay: Video Games) there is Gotye.
Gotye is a Belgian-Australian multi-instrumental artist and singer-songwriter.
In August 2011 he released his third LP Making Mirrors.
Gotye connects very different genres like Pop, Disco, Rock, Dub, Motown Soul, Electro, Ambient and Folk into a strangely homogenous work.
There are some influences and similarities to Peter Gabriel and AIR. Because of the high variety of the songs there's much to discover, it's really a kind of journey through the musical world. 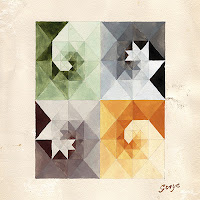 Gotye said about the new album: "It's more about reflection - the look at yourself that a mirror offers and also the way it gives you a different perspective on things around you. So I guess I feel a bit analogous to what these songs become to me - you know little ways for me to explore my record collection, explore the world of sound that I'm fascinated by, and also sometimes get a different perspective on memories and emotions I've been mulling over that they find voice in these songs"

There is a video for the current single Somebody that I used to know, which I highly recommend to watch:


On soundcloud you can stream the full record:

Email ThisBlogThis!Share to TwitterShare to FacebookShare to Pinterest
Labels: Gotye