Stephen Duffy seemed luckless for a long time: He was vocalist and bassist in a british band he left in 1979. One year later this band signed a contract with EMI. It was Duran Duran. He also refused the offer to write songs for a young singer. The girl was later known as Madonna.
In the early 80s he had one hit in the UK with "Kiss Me", but never got recognized by public or the radio. His songs are melodious, introspective and warming.
I suggest you should listen to his last two albums: "Runout Groove" or his Best Of with his Band The Lilac Time - "Memory & Desire". 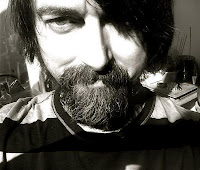 Runout Groove
(start with: Another Time, The Kite And The Sky, A Dream Of A Girl)

Compendium - The Fontana Trinity (another Best Of Collection)