Adam Schlesinger - A Life in Music

Covid-19 affects us all. Yesterday the world lost a musician like no other: Adam Schlesinger died because of Covid-19 complications. He was just 52 years old. 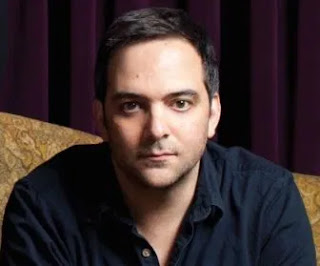 I just want to remember him for what he was most famous for and for what so many people loved him - his music.

This supergroup was formed by James Iha (The Smashing Pumpkins), Taylor Hanson (Hanson), Adam Schlesinger and Bun E. Carlos (Cheap Trick).They had just one album - but it was pure pop awesomeness.


The Wonders - That Thing You Do

It's hard to write about the song without doing it justice. "That Thing You Do" ist a musical supernova. Written by Adam Schlesinger and with Mike Viola on main vocals it maybe one of THE earworms in the last decades.
The fictional band The Wonders (or One-ders) performed the song in the same titled movie.

The band formed in New York City in 1995 with Chris Collingwood, Adam Schlesinger, Jody Porter, and Brian Young. Adam may by most famous for this band because of the hits they had.

Ivy may be the first contact I had with the music of Adam. Ivy was formed by Andy Chase, Adam, and Dominique Durand. I instantly loved their songs - and still do. While not as famous as his other projects, it may be may favorite of him.