The planets have aligned for THE LICKERISH QUARTET.
A supergroup of sought after songwriters and musicians, former members of the legendary band JELLYFISH. 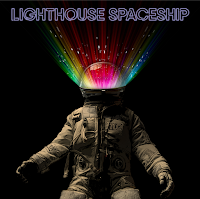 The musical journeys of

have synchronized for the first time since 1994. Just like any great relationship, they simply picked up where they left off.

The first single, "Lighthouse Spaceship" is out now!
Here is the link: https://ingroov.es/lighthouse-spaceship-w