The year draws to a close, and musically it was a stunning year again. So - here is the Top 10 of PowerPopSquare for 2018:


Marc Martel - former member of the band Downhere - became well-known because of his incredible voice and the similarities to the late great Freddie Mercury.

In 2011 he put a video on Youtube singing "Somebody To Love" - and it blew my mind (and about 15 million other viewers). Since then he released a marvelous debut solo album (Impersonator), as well as a covers EP (My Way - Volume 1) and three Christmas EPs.
And now there is Thunderbolt & Lightning: it consists of eight Queen songs. 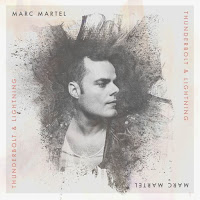 Marc Martel hasn't just put out a record of Queen songs, he altered them and put them to a whole new level.
Buy the CD and digital download directly at the official website: www.marcmartelmusic.com

Listen to: Somebody To Love, You Take My Breath Away


Bird Streets is the musical endeavor of songwriter John Brodeur, who released his first solo recordings nearly two decades ago.  The record is a collaboration between Brodeur and power-pop legend Jason Falkner, and features guest appearances from Miranda Lee Richards and Luther Russell. 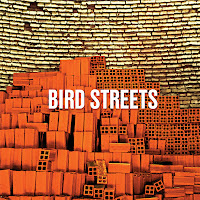 If you are desperately looking for a new record by Dan Wilson / Semisonic ("Carry Me Home", "Last Resort"), PowerPop highlights ("Betting On The Sun", "Until The Crown"), Bleu ("Stop To Breathe") or Jellyfish - this is your record.


Listen to: Stop To Breathe, Betting On The Sun, Carry Me

A new release by the one and only Mike Viola is always quite special to me. While Lurch or Hang on Mike are PowerPop records in perfection, there were also Just Before Dark or Acousto de Perfecto showing his insanely awesome singer-songwriter skills.
So, there is "The American Egypt". And it's different, quite different. 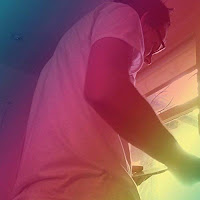 The American Egypt is multi layered, rich of complex harmonies and lyrics and you will need some time until it unfolds completely. But it's absolutely worth it. Just listen to the album from start to finish with good over-ear headphones!

Collins is pure Rock 'n' Roll, Sunset America will brings you to tears with its lyrics and harmonies, Snow Face a 9 minute long (!) masterpiece and Dr. Frankenstein is musically from another world.

You can stream it on Youtube and Apple Music or buy it at Amazon.com (digital) or grandphony.com (LP, t-shirts - and two exclusive EPs).


Yours Truly, produced by Jason Falkner in Los Angeles is the third record of Bent Van Looy.

Listen to: The Open Road, Never Look Back, Wrong Before

Six years after his solo debut, the Swedish singer/songwriter David Myhr is back with his new full-length album Lucky Day. The former Merrymakers frontman created not just a ten track album, it's more a portfolio of his work as part of a doctorate. 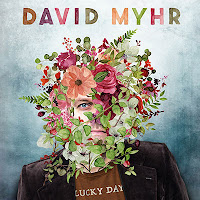 Jealous Sun was a result of recording sessions in the Abbey Road Studios in London, another part of the project was a trip in 2015 to the United States. Myhr states: "I wanted to meet with people I look up to musically, write songs with them, and document the process on audio and video".
Artists include Bleu (Jealous Sun), Linus of Hollywood (Lovebug), Young Hines (My Negative Friend), Bill DeMain (Room To Grow) and Steve Schiltz (Everyday It Rains).

The result of these journey and experiences is excellent. I highly recommend the record (start with Jealous Sun and Room To Grow). Lucky Day is available at Lojinx digital, on CD and LP.
Especially the CD is quite interesting - it includes four bonus tracks!


After his critically acclaimed second record Stop Talking nearly 50 songs were left off from the record because they simply didn't fit in its concept. With the arrival of Dalmatian, Price’s brand new third album and second release in only 10 months, that music finds new life.
The 13 tracks found on Dalmatian are all written, produced, engineered, arranged and mixed by Price himself (with occasional help from co-writers Taylor Locke, Fernando Perdomo, and Alex Jules). 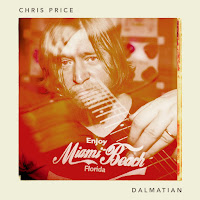 So, as it is equally good as his last record (Stop Talking) - which was stellar - you MIGHT have a look at this release! Order the record (CD and digital) at Omnivore and Bandcamp!

Jeremy Messersmith is back with his latest album having the excellent and reflecting the current state of the world title Late Stage Capitalism. 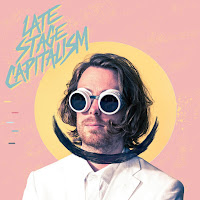 In 2018 the long wait was finally over. The new record of Paul Steel - named Carousel Kites - is out. 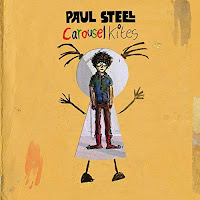 Listen to: I See Sadness, Island in the Sky

Darren Jessee, widely known as the drummer of Ben Folds Five continuously released records under the name Hotel Lights, now he is back with new album "The Jane Room 217". 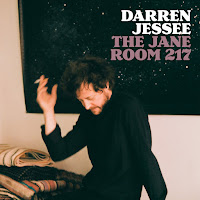 If you like mellow, acoustic music you should definitely give it a chance.

Listen to: Anything You Need, All But A Dream


10. Darwin Deez - 10 Songs That Happened When You Left Me With My Stupid Heart

Darwin Deez may be a quite special kind of artist, but he has a very fine taste for catchy songs. His latest album with the phenomenal title 10 Songs That Happened When You Left Me With My Stupid Heart is highly recommended. 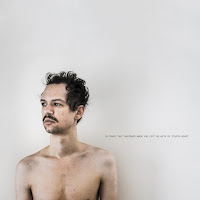