Another crowd funding campaign is on: the new record of Guster.
Read all about it HERE! 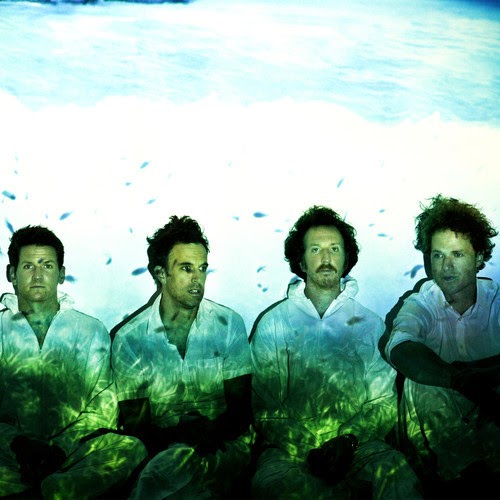 Here's the message from the band:

We’re so proud to announce that our new album is finished and set for a release early next year. Like presidential elections and the World Cup, these things only seem to happen every four years. Which is why we’ve stacked this here website with ways for you to get involved with our band – from pre-ordering the album to some seriously interactive Guster Fantasy Camp stuff. Take a look.
When you pick up a new Live Album (Parachute, Lost & Gone Forever, and KIT are all live on cd now), pre-order the new album, or decide to get involved in any of the creative ways we’ve come up with – you’re making it possible for our band to make music, shoot videos, tour the world, and ultimately put out our first independent album since 1997 (!)
So that’s why some things are pricier than what you’ve come to expect from Guster. It’s totally cool to pick up our albums when they’re properly released for a bit less, but this is an opportunity for you to show us some love, knowing we’ll send it right back. Everyone who orders anything at all via Pledge gets added to our All Access Pass list where you get first access to tracks, album commentaries, videos, tour dates, etc. and you’ll be eligible to win some of the completely ridiculous prizes we’re giving away… such as:

So please dig in, discover Ryan’s cd-of-the-month club, order a bloody bongo head necklace from Brian, ride bikes around NYC with Luke, or go surfing with Adam. There are more ideas forthcoming too, so check back often to see what we come up with. This was a fun album to make and getting involved with you guys for the release is something we plan to have a lot of fun with too.

Email ThisBlogThis!Share to TwitterShare to FacebookShare to Pinterest
Labels: Guster