GHOUL is not a traditional record, GHOUL are trading cards. A set of 24 cards, each card contains autobiographical stories written by Mike Viola and a download code for an exclusive unreleased song.
GHOUL is a project by Mike Viola and Steve Loter (an American director and producer known for "The Ren and Stimpy Show" or "The Penguins of Madagascar"). 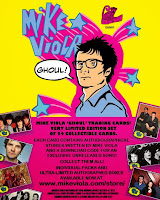 If you have all the cards you'll get a 24 track record (!), consisting of almost completely new songs. There is so much good stuff in there - just to name a few: Tonight, Rock'n'Roll Denny's, Moving Forward, Time For Everything To Change (with Kelly Jones), She Thinks She's In Love ... It could easily have been two completely new records - and it's my personal record of the year!

So, here it is: To Hell With You, the fifth record auf Bleu. Also crowd funded like the previous album FOUR, To Hell With You was financially even more successful than its forerunner.
The big question is: Was it worth it?
In my humble opinion: YES! (with a little "but...")

It was known the record would be very different from FOUR. More electronic, even more experimental. And that's right. It IS different. Did anyone expect rap parts? Or Eurodance?
To Hell With You is a compelling, strong record. In parts it's the best Bleu has ever done. But it has its edges. Not everybody who likes the "old" Bleu will like the "new" one.
I do.
But give me some time with the rap parts, okay?


It's a rare feeling to listen to a record for the first time and being sure that this piece of music is special. So very special it won't leave you alone for quite a while. This happened to me with Daft Punk in 2013.
Daft Punk?
Yes, Daft Punk. 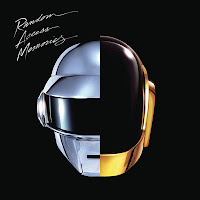 Daft Punk is a duo of the musicians Guy-Manuel de Homem-Christo and Thomas Bangalter from France, which tend to refuse to fit in a single genre: house, synthpop, disco, funk, dance music - just to name a few.
In 2013 Daft Punk is back with Random Access Memories.

Random Access Memories is a kind of a hybrid: a reminiscence to history of music and futuristic sounds that could already be found on Daft Punk's Discovery record.
Bangalter explains the reasoning behind the record name: "We were drawing a parallel between the brain and the hard drive – the random way that memories are stored."
You can describe Random Access Memories best with a journey through music. Despite heavy use of vocoders and synths it has a warm sound, most of the record was recorded completely without samples.


The singer-songwriter Teitur returned to his home - the Faroese Islands - and his musical roots to record his sixth album Story Music. 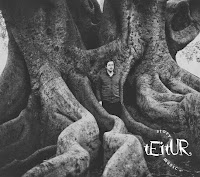 Story Music was recorded in the brand new Studio Bloch in Torshavn (a 130 year old former ice factory). I recommend to listen to the opening track "Hopeful", the unconventional but gorgeous "If You Wait" and the beautiful "Rock And Roll Band".
If you like the record, I really recommend also its forerunner Let The Dog Drive Home.

Alta Loma is the latest record of Kelly Jones - she called it her "Sunday Morning Record" - shaped by her beautiful voice, songs about life and spirituality and strings by Eric Summer. 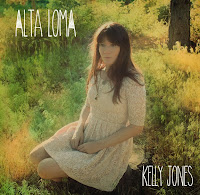 More about the new record and Kelly at the official website.

The Candle Thieves is the brainchild of two serious songwriters, who wear big, thick-framed glasses, walk out onto the stage to the sound of the Jaws theme tune, set off bubble machines, and play glockenspiels, toy pianos, shakers and snares. The Candle Thieves are Scott McEwan and the mysterious man who hides behind the moniker, The Glock. 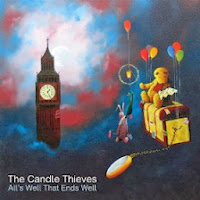 Eric Barao is a powerpop singer-songwriter and co-founder of The Cautions, a band from Boston. His self titled debut album was co-produced by Bleu, and recorded / mastered by Ducky Carlisle at Ice Station Zebra.  The album is a collection of power-pop gems and it's a beautiful reminiscence of bands like Jellyfish (On Holiday), Owsley, Jon Brion (Alive - But Barely Breathing), Pugwash (In Love With A Broken Heart) or Fountains Of Wayne (To All You Guys).  Ten songs, no filler - an impressive debut record, Mr. Barao. 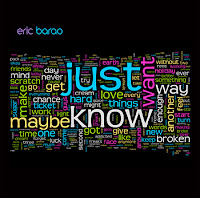 Buy it at CDBaby - or at the official website www.ericbarao.com for a signed copy.


Bleu & Mike Viola formed a super group with producer Ducky Carlisle -  The Major Labels.
Aquavia - their first and most likely also their last album - is really pleasure to listen to. You feel the fun they had recording this all over the record. Self released in 2008 Aquavia got a proper release for the first time in 2013. 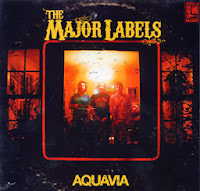 It's in parts a kind of reminiscence to the music of The Beatles & the 70s Paul McCartney (Hummingbird, Richard Randolph), Queen and ELO (Don't Hear A Single, Velveteen Queen).
On  the other side Aquavia is not just a record of twelve 3 minute songs. It's rather a record of three artists in their most creative phase, playing with ideas and pouring out songs or song fragments. It's illustrated by the rhythmic changes that appear frequently through the whole album.
You can (and you should) listen to the whole record at soundcloud:


Volume 3 is the third album by She & Him (M. Ward and Zooey Deschanel), it's out May 7, 2013.Eleven songs where written by Deschanel, three are cover songs. Volume 1 & 2 were just beautiful, Volume 3 follows this path very well. 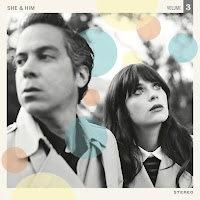 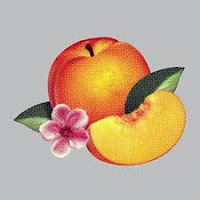 It's (sadly) not a full record, but a limited 7" 180g vinyl: Parks' two singles Sweater Weather and Modern Fiction can be purchased HERE (limited to 100 copies, signed if you want). Get it while you can! Both songs are absolutely great!