James Yoshinobu Iha is known to be the guitarist of The Smashing Pumpkins.

But he's a lot more than that: Iha was a member of the group A Perfect Circle and Tinted Windows - a super group of members of Cheap Trick, Fountains of Wayne and Hanson (Bun E. Carlos, Adam Schlesinger, Taylor Hanson). 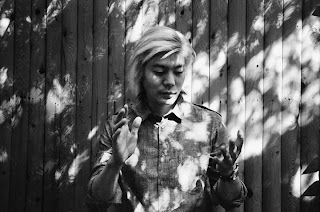 But most important: he released two solo records in 1998 (Let It Come Down) and 2012 (Look To The Sky) that are stunning. These records are musically very different from what you'd suspect from a member of The Smashing Pumpkins.

If you don't know James Iha at all, I suggest you listen to: Beauty, Speed Of Light, See The Sun, Be Strong Now, Dream Tonight.