Bleu - To Hell With You (Review)

So, here it is: To Hell With You, the fifth record auf Bleu. Also crowd funded like the previous album FOUR, To Hell With You was financially even more successful than its forerunner. You can still pledge for the record at Pledgemusic (get signed CDs, house concerts - and much more!). 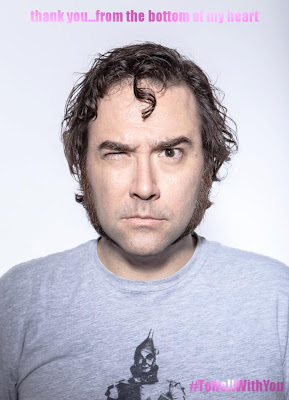 It was known the record would be very different from FOUR. More electronic, even more experimental. And that's right. It IS different. Did anyone expect rap parts? Or Eurodance?

Now for the tracks:

Overture - The album starts with a lovely orchestral intro of what to expect later.

To Hell With You - The title track reveals: this record is very different than everything before. Very electronic, in parts even kind of Eurodance.

All Downhill From Here - This one is more familiar with the Bleu sound including lots of snapping fingers.

In My Own Little World - Delightful, uplifting! Like it!

Merry-Go-Round - Man, I love this intro. The song is catchy as hell!

I Have To Have You - A dark slow song which interrupts the mostly upbeat tunes on the record.

It’s Not Over (‘Til It’s Over And Done) - With the help of David Mead created this one is pure ear candy. 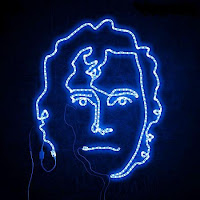 Grasping At Straws - Intense, huge, great! My favourite song from the record.

Bottom Of My Heart - A duet with Alexz Johnson, a radio airplay friendly song that reminds me a lot of the chart successful duets from the nineties. You know, the kind of duet of a man and a woman, like Robbie Williams & Kylie Minogue, Meja & Ricky Martin, George Micheal & Elton John ...errr....

Endwell - It starts innocent, reaches its climax in a extremely catchy chorus and than ... Rap! Rap? Yes. Well, it fits.

Odd Future - Rap aagaaain! And even more present than in Endwell. It's love at the second sight. And I begin to like it *cough*

Won’t Make It Out Alive - The record finishes with a more familiar sound. I loved this song from the first time I listened to it.

Hidden Track - After seven minutes of silence there's a laid-back, very Bleuesque tune about the Mexian city Zihuatanejo hidden.
I love these hidden tracks. It's like "surpriiiise - you didn't expect that but ... there is more!".

One song I expected to be on To Hell With You is missing: Coming Up For Air. This is sad, it would fit good on this album.

To sum it up: To Hell With You is a compelling, strong record. In parts it's the best Bleu has ever done. But it has its edges. Not everybody who likes the "old" Bleu will like the "new" one.
I do.
But give me some time with the rap parts, okay?

By the way, there's a lot to come: the album cover has yet to be revealed, CD release is coming in May 2013, the Redhead Record Club ....