Ken Stringfellow - Danzig In The Moonlight

Ken Stringfellow is a musician, songwriter, producer and arranger with more than 20 years of music experience. His band The Posies releases critically acclaimed records since 1988, he was part of rock legends Big Star and spent ten years on the road and in studio with R.E.M.
Ken's onstage and on-album appearances range from Snow Patrol to Neil Young, Patti Smith and Death Cab For Cutie.
He even had time to put out three solo albums - 1997: This Sounds Like Goodbye, 2001: Touched and 2004: Soft Commands. 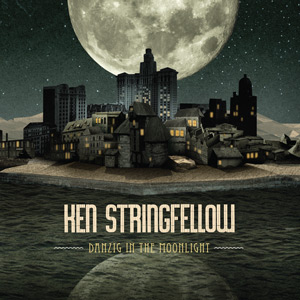 Ken is set release his fourth album, "Danzig in the Moonlight" October 1st on Lojinx in Europe. By the way, I love the wordplay with the album title. I wonder how many people misread it.

Jesus Was An Only Child is a stunning opening track, starting very relaxed and filigree but suddenly bursts out into something completely different (no, I won't mention Bowie here!). 110 Or 220 V gives you a great acoustic feeling. The next three songs Superwise, Shittalkers and History Buffs are my personal highlights from the record. All three are extremely catchy, with wonderful harmonies and lyrics. Drop Your Pride is a dark and splendid song, Pray is a perfect radio single: it's easy-going and laid-back which isn't a bad thing at all. You're A Sign closes the record with a beautiful ballad, that's alone worth buying this album!

Preorder "Danzig In The Moonlight" here: www.danziginthemoonlight.com
at September 15, 2012