Review: Vegas with Randolph - Above The Blue

Vegas with Randolph released their newest CD “Above The Blue” in August 2011. Both of the bands songwriters - John Ratts and Eric Kern - started in high school writing and performing songs. After a bunch of listens I can easily say: “Above The Blue” is a great album with perfect melodies. 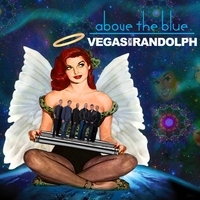 Standout tracks are Above The Blue (reminds me a bit of Fountains Of Wayne, which is not a bad thing!), Some Time To Live (a powerpop track to love: upbeat, guitars, catchy chorus), Supergirl (it has Oh-la-la's! - and it would be a superb radio single), Marisa (a song that rocks out straight), The Tree Song (a beautiful little ballad)

The last third of the record is called Double Play. This is kind of a compilation or medley of short songs and song fragments. You find this for example also on The Beatles' Abbey Road. And this is really fun to listen. Even Though is a highlight of the whole record. It has strong Queen feeling in it.

Listen to the full record here:

Email ThisBlogThis!Share to TwitterShare to FacebookShare to Pinterest
Labels: Vegas with Randolph